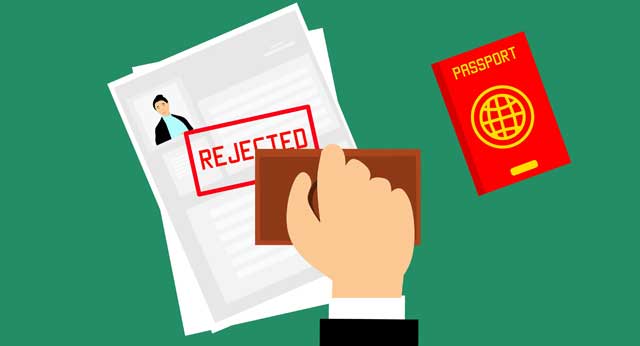 According to the U.S. Department of State Foreign Affairs Manual (FAM), conduct that may be considered inconsistent with a person’s visa status includes, but is not limited to;

Once a presumption of misrepresentation is made, the burden is on the applicant to rebut that presumption.

Significantly, the Foreign Affairs Manual specifies that the fact that if an applicant’s subsequent actions were inconsistent with representations made at the time of the visa interview, this “does not automatically mean that the alien’s intentions were misrepresented at the time of either the visa application or application for admission to the United States. To conclude that there was a misrepresentation, (the consular officer) must make a finding that there was direct or circumstantial evidence sufficient to meet the “reason to believe” standard, which requires more than mere suspicion and is akin to probable cause”.  Thus, some evidence outside of the mere fact of this behavior is required for a finding of misrepresentation to be made.

How Can I Avoid a Finding of Misrepresentation?

Under the 90 day policy for misrepresentation in USA visa applications , people who enter the United States in any non-immigrant status must be very careful about what they do within the first 90 days after their entry. Anything that could possibly be construed as indicating an intention to overstay their visa or change their status in the U.S. could come back to haunt them. If these actions come to the attention of the immigration authorities, the person’s previously approved visa could be revoked and he or she could be declared inadmissible to the United States.

Beyond this, it is important to remember that any statements made to the consular officer or immigration officer at the port of entry about the purpose of one’s trip can be looked at in determining whether a misrepresentation was made. Records are usually kept of what these statements were. Therefore, an alien must be very careful what he or she says in these interviews, and should be careful not to act in a way which is inconsistent with it.

What if a Finding of Misrepresentation is Made Against Me?

If you are accused of willfully misrepresenting a material fact in a visa interview, the consular officer must verbally inform you that this finding has been made and why it was made.  Then, you must be given an opportunity to rebut this finding by presenting evidence that you did not intend to misrepresent your intentions in applying for your visa.

How Can I Rebut a Finding of Willful Misrepresentation of a Material Fact?

This depends on the specific fact situation of your case. In some cases, you will want to show that your conduct was not inconsistent with the terms of your status.  In other cases, evidence that the circumstances of your life changed after your entry to the U.S. in a way that was unforeseeable at the time of the visa application could demonstrate that you did not intend to misrepresent your intentions when you applied for your visa. It is best to speak to an experienced immigration lawyer about this issue.

How Will the 90 Day Rule for Misrepresentations in USA Visa Applications be Applied?

It is important to remember that the “90 day rule “ is not literally a rule or regulation.  It is a policy that is meant to guide consular officers in the way they make decisions.  The U.S. Department of State Foreign Affairs Manual specifies that consular officers should look at all of the circumstances in any given case in order to decide if misrepresentations have been made.

Does the 90 Day Rule for Misrepresentation in USA Visa Cases to USCIS?

So far the 90 day rule for misrepresentation in USA visa cases has only been adopted by the U.S. State Department, which operates the U.S. embassies and consulates overseas. The domestic immigration authority, U.S. Citizenship & Immigration Services, or “USCIS” has not yet amended its policy manual to reflect this rule. However, the USCIS policy manual states that immigration officers must look at all of the circumstances in each individual case and use the 90 day rule as guidance in adjudicating admissibility. Therefore, it would be wise to proceed as if USCIS will indeed honor this “policy”.