US Family Based Visa 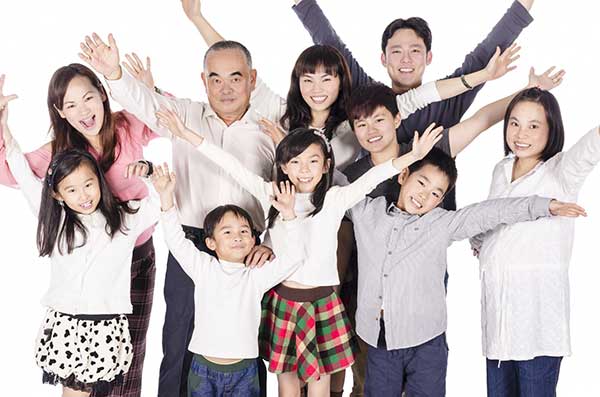 The Essential Steps to Get a US Family-Based Visa

Consular Processing versus Adjustment of Status

There are two ways to get a US family based visa. One is for people who are physically present in the United States – it is called “adjustment of status”. The other way is for people who are outside of the United States which is called “consular processing”.  If your relative is in the United States and he or she is living here legally, that person, in most cases, can adjust their status to that of a permanent resident here in the United States without returning to their country.  It may be helpful for these people to ask a US immigration lawyer to know the steps to become a permanent US resident. If the person entered the US illegally or is overseas and you want to apply for a visa for them to come here they must process through the consulate, or “consular process”.

If a person enters the United States legally and does not overstay his or her visa or violate its terms, that person is “within status” in the U.S.  In most cases, people who are within a legal status may apply to extend their visa status or change it as long as they file this application before their status expires.  A US green card lawyer consult can explain the necessary steps to obtain a green card in this situation, provided the person has an approved underlying immigrant visa petition and an immigrant visa is immediately available.

However, if a person entered the United States without a visa, or overstayed his or her visa, it is more complicated. In most cases, that person must consular process.

Obtaining a Visa for a Person Who is Out of Lawful Status in the U.S. – The Problem of Inadmissibility

A person who entered the U.S. illegally or overstayed his or her visa is considered to be inadmissible to the U.S.  A person who is inadmissible to the U.S. must return to his or her own country in order to obtain a new visa.  The problem with such a person returning to his own country is that once he leaves the United States it is difficult to re-enter.  This is because if the person was unlawfully present in the U.S. for six months or more and then leaves the U.S. a three-year bar to re-entry automatically takes effect once he leaves the U.S.   If the person was unlawfully present in the U.S. for one year or more, a ten-year bar to re-entry takes effect when that person leaves the U.S.

Even if a person is unlawfully present in the U.S. for a time shorter than six months, or has overstayed a visa, he or she would still be considered inadmissible. There are waivers of inadmissibility available to people who are inadmissible in some cases.  These waivers are discussed below.

Another solution that may be available to such a person is INA section 245(i), otherwise known as the “LIFE ACT”

INA Section 245(i): The LIFE ACT As a Solution to Inadmissibility

The “LIFE ACT” as it is called, or section 245(i) of the Immigration and Nationality Act, is a law that was passed in 2000 to help people who had entered the country illegally or who had fallen out of legal status. Under this law, any person who was physically present in the U.S. on December 20th, 2000 and who was the beneficiary of an approved or approvable immigration petition which was filed by April 30th, 2001 may obtain permanent resident status based on that petition, or even based on a new visa petition filed later, so long as a qualifying petition was filed by April 30th, 2001.

In many cases, even family members of these beneficiaries may obtain permanent resident status as “derivative beneficiaries” by applying for a US Immigrant Visa.  The rules regarding section 245(i) are complicated.  A professional US green card lawyer consult is necessary if you think that you may qualify to obtain a green card under the LIFE Act.

Types of US Family Based Visas Available

Spouses, parents, and unmarried children under the age of 21 of United States citizens are considered to be immediate relatives of U.S. citizens. These people receive special treatment from USCIS.  There is always a visa number available for these people, so they are not placed on waiting lists.