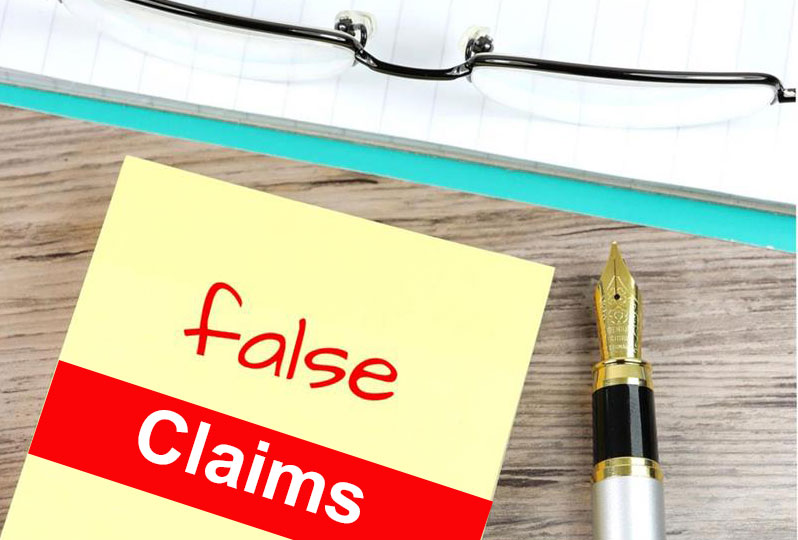 The U.S immigration law Clearly States that One of the Worst Things you can Do as an Immigrant is to Make a False Claim for United States Citizenship.

This can be the kiss of death for immigration purposes. This is because if a person is found guilty of this ground of inadmissibility there is no waiver available. A finding that a person made a false claim to U.S. citizenship bars that person from receiving any benefit under the Immigration and Nationality Act for life.

The false claim ground of inadmissibility is one of the most unforgiving ones because it does not even require that you meant to make a false claim to citizenship. That is, even if you reasonably believed yourself to be a U.S. citizen but you were not one, in most cases, you can still be charged with inadmissibility for saying that you were. This was decided by the Board of Immigration Appeals in Matter of Zhang, I&N Dec. 569 (BIA 2019). There is only a very narrow exception to the U.S immigration law under the statute.

The false claim to U.S. citizenship provision is codified in INA section 212(a)(6)(C)(ii)(I), which states that “Any alien who falsely represents, or has falsely represented himself or herself to be a citizen of the United States for any purpose or benefit under this Act (including section 274A) or any Federal or State law is inadmissible”.

So, what constitutes proof of a parent-child relationship for U.S. immigration law?  In the case of a mother it’s a lot simpler than it is for a father.  All a mother has to show is her name on a birth certificate in order to prove she is the mother.  As long as the birth certificate is issued by the proper government authority, and it was produced reasonably soon after the actual birth, it should suffice to prove that she is the mother of the child.

What is Required to be Found Guilty of Falsely Claiming U.S. Citizenship Under the U.S immigration law?

Under the above-cited statute, to determine that a person made a false claim to U.S. citizenship, an immigration officer must find that the person did so in order to obtain a “purpose or benefit” under the Immigration and Nationality Act, or under any other federal or state law. This means;

1) There must have been some benefits that the person could not have gotten without the claim to U.S. citizenship;

2) The benefit must have been conferred by the INA, or a State or Federal law

3) The person must have made the false claim in order to obtain the benefit.

Are There Any Exceptions to this rule?

Yes, there is a narrow exception to the law regarding false claims to U.S. citizenship. Under INA 212(a)(6)(C)(ii)(II) “In the case of an alien making the representation described in subclause (I), if each natural parent of the alien (or, in the case of an adopted alien, each adoptive parent of the alien) is or was a citizen (whether by birth or naturalization), the alien permanently resided in the United States prior to attaining the age of 16, and the alien reasonably believed at the time of making such representation that he or she was a citizen, the alien shall not be considered to be inadmissible under any provision of this subsection based on such representation”.

Also, if the alien derived citizenship at any time through a parent before the false claim to citizenship was made, this would protect him or her. Therefore, if one or both of an alien’s parents ever held U.S. citizenship, the possibility of his having gained derivative citizenship should be looked into.

How Are Most False Claims to U.S. Citizenship Made?

Before you make a decision to apply for any benefit through USCIS you should try to recall whether you may have made a false claim in any of the above situations, or situations like them. USCIS does very thorough investigations into the backgrounds of people applying for benefits, and they are always on the lookout for false claims to citizenship that may have been made.

What If I am Found Guilty of False Claim to U.S. Citizenship?

The U.S immigration law clearly states that if USCIS makes a finding that you have made a false claim to U.S. citizenship, you will most likely be put in removal (deportation) proceedings. Once in removal, you may have a defense against being removed if you meet the qualifications for claiming a benefit called Cancelation of Removal.

Also, if you have ever been a victim of a crime or of human trafficking in the United States, you could qualify to apply for a U or T visa respectively in spite of the false claim to U.S. citizenship.