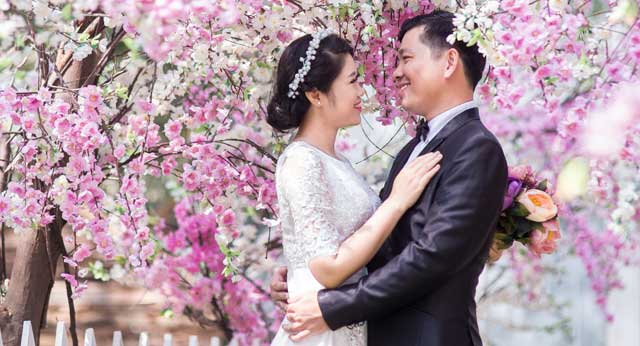 How To Get A Marriage-Based US Visa

There are two ways to get a marriage-based US visa for a spouse. If the spouse of the U.S. citizen or legal permanent resident is in the United States and has been legally admitted to the U.S. the procedure to follow is called Adjustment of Status.  If the spouse is overseas or entered the U.S. illegally the procedure is called Consular Processing.  In some cases, a person who entered the U.S. illegally may qualify to Adjust Status within the United States.  A qualified immigration attorney should be consulted in order to determine if your relative may do this.

United States citizens and lawful permanent residents may petition for visas for their spouses.  Obtaining a visa for a spouse who is physically present in the United States is called “Adjustment of Status”.  A person can only adjust his or her status if that person made a legal entry to the United States. There must be proof of this legal entry. If the spouse did not enter the United States legally he must obtain a visa through the consulate in his own country.  That process is described below.

Adjusting a person’s status within the U.S. involves filing several different applications.  These applications are sent to USCIS all together in one package. Once the applications are filed the foreign spouse will have a legal status to remain in the United States pending the outcome of the case.  Both spouses will be called for an interview at the local office of USCIS. The decision of whether to grant the green card will be made at the local office.

It is possible to get a visa for a spouse of a U.S. citizen or legal permanent resident who entered the country illegally, but it is more difficult than simply adjusting status. If the foreign spouse is in the U.S. but entered the U.S. illegally he or she will have to leave the United States and return to his or her home country in order to be interviewed at the U.S. Consulate there.  The problem involved in this is that if a person has been unlawfully present in the U.S. for more than 180 days there are bars, to reentry which become effective once the person leaves the U.S.  In order to get around these bars the person must be the beneficiary of an application for a waiver of inadmissibility, called an I-601A Application for a Waiver of Inadmissibility.  This I-601A waiver application must be based on “extreme hardship” which would be experienced by a U.S. citizen or legal permanent resident relative if the foreign spouse were not allowed to return to the U.S.  Only certain U.S. citizens or legal permanent resident relatives qualify to file the hardship waiver.  These waivers are discussed in more detail in the section on Waivers of Inadmissibility below.

If a spouse is outside of the United States a U.S. citizen or legal permanent resident may file a visa petition for him or her which will go through the U.S. consulate overseas.  This process is called “Consular Processing”. In the case of Consular processing, an Immigrant Visa application is filed with USCIS and approved here in the United States.  After being approved the case will be forwarded to the National Visa Center, or “NVC” where additional documentation will be filed.  When the case is complete the NVC will forward it to the U.S. Consulate in the country in which the foreign spouse is living.   There the foreign spouse will be called for an interview and the decision whether to grant the visa will be made at the consulate.  If the visa is granted the foreign spouse will then enter the United States as a permanent resident.

The key to obtaining a marriage-based US visa is proving that the marriage was entered into in good faith. That is, that the marriage was not entered into only to obtain a visa. How do we prove a good faith marriage?  We do this by presenting to USCIS every physical piece of evidence available that the two spouses have a shared life. In some cases, there is not much documentary evidence of shared life because the marriage is new or the spouses have not lived together long.  In those cases, we must be creative in finding suitable evidence to submit in order to prove the good faith marriage. There are “primary” and “secondary” forms of evidence which can be used to prove that the spouses have a shared life.

(5) What Is Conditional Residence?

If a person gets a green card through marriage within two years of the date he or she got married, that person will be given “conditional permanent residence”.  It is the same as any other permanent residence, except that it only lasts two years.  The purpose of the I-751 Petition to Remove Conditions on Residence is to show that the conditional resident and his or her spouse have been living in marital union for the two-year period after the green card is granted.  This process was instituted as a further proof of good faith marriage.

(6) How to Remove the Conditions on Permanent Residence

At the end of the two-year period, after the conditional green card is granted, there is a 90-day window in which the married couple must file an I-751 Petition to Remove Conditions on Residence.  In some cases, this petition can be filed by the foreign spouse alone.  If this petition is not filed by the two-year anniversary of the green card being granted, the person loses his or her permanent residence.  The I-751 petition must be filed with proof that the two spouses still have a shared life.

The I-751 Petition to Remove Conditions on Residence is usually filed jointly by the green card holder and his or her spouse. However, if the marriage has broken down and it cannot be filed jointly there are methods of requesting a waiver of the joint filing requirement so that the foreign spouse may file the I-751 Petition alone.

(7) What if The Two Year Deadline Has Passed and I Have Not Filed the I-751 Petition to Remove Conditions on Residence?

If you have missed the two-year deadline for filing the I-715 Petition it is best to file it as soon as possible explaining why you did not make the deadline.  In most cases, this involves a breakdown of the marriage so that the spouses cannot or will not file the I-751 petition jointly.  In this case, there are several options for the foreign spouse.  These cases are complex and each one is unique; so you should opt for a US visa lawyer consult before proceeding.